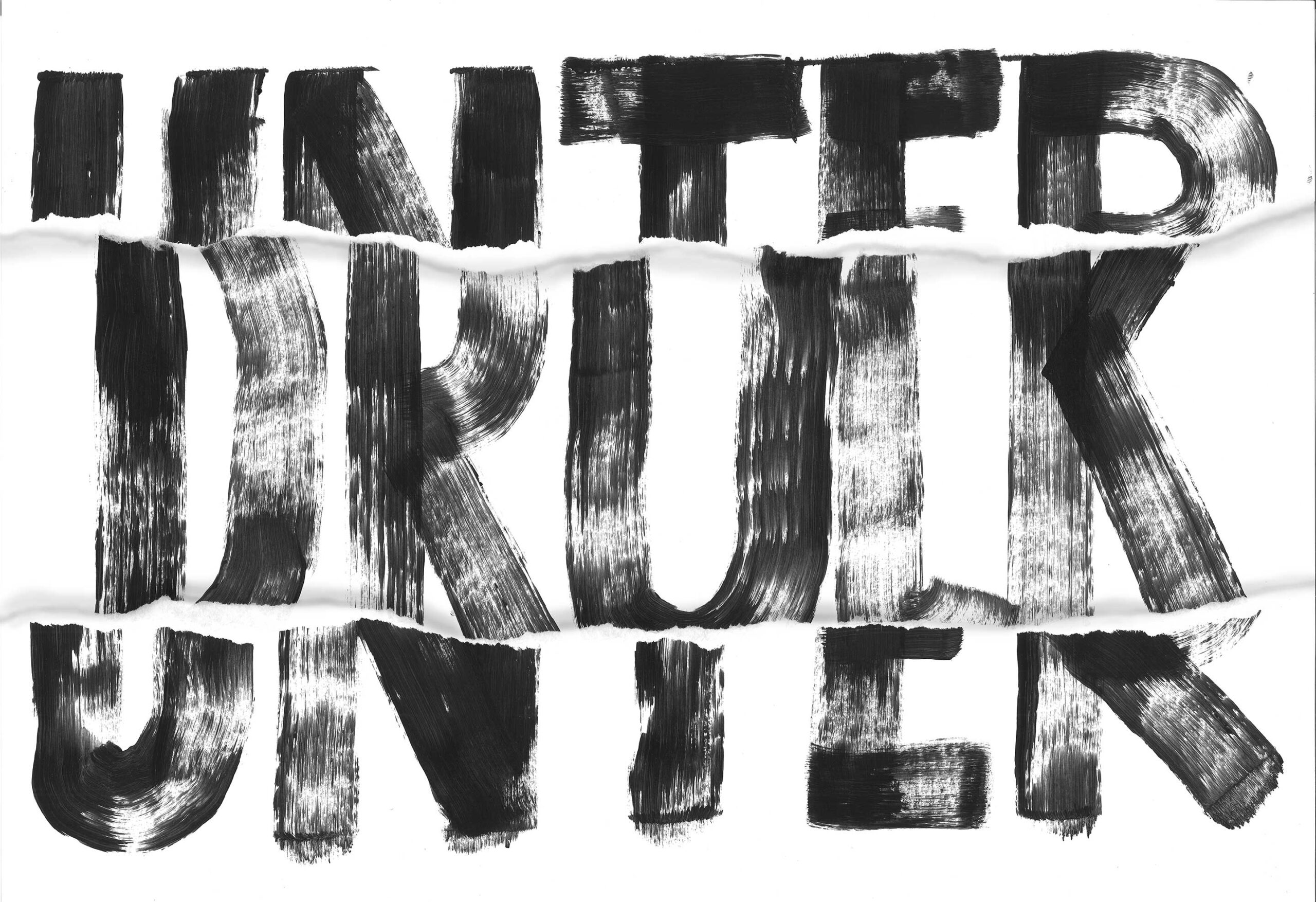 There was the task to create a branding for an exhibiton with the title UNTER DRUCK by using an analogue element.
The key visual is an edgy, ripped brush painting in two paper layers which was then used digitally as a photo. This three dimensional aspect is also used in the invitation which is ripped as well and in the stickers with the transparent area. 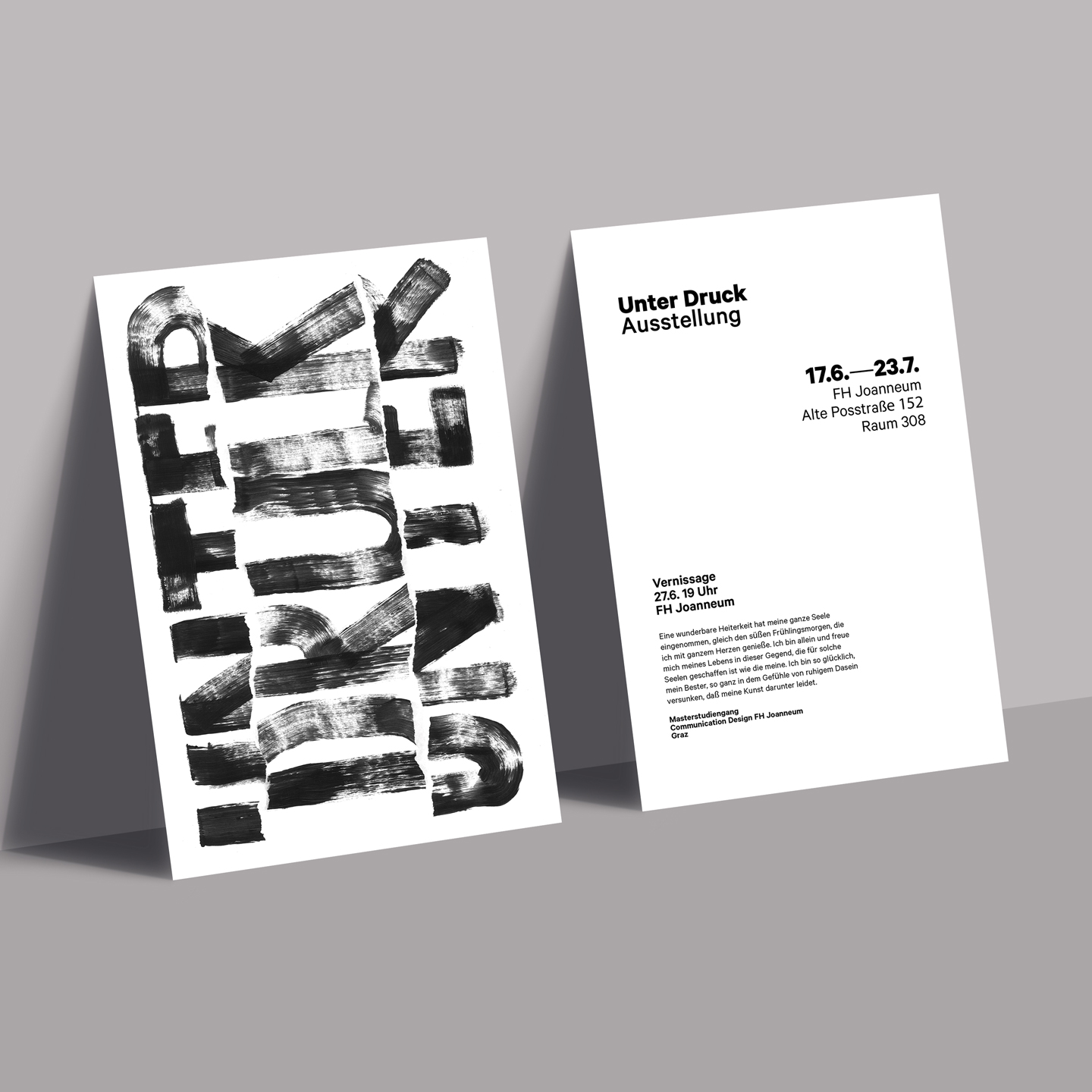 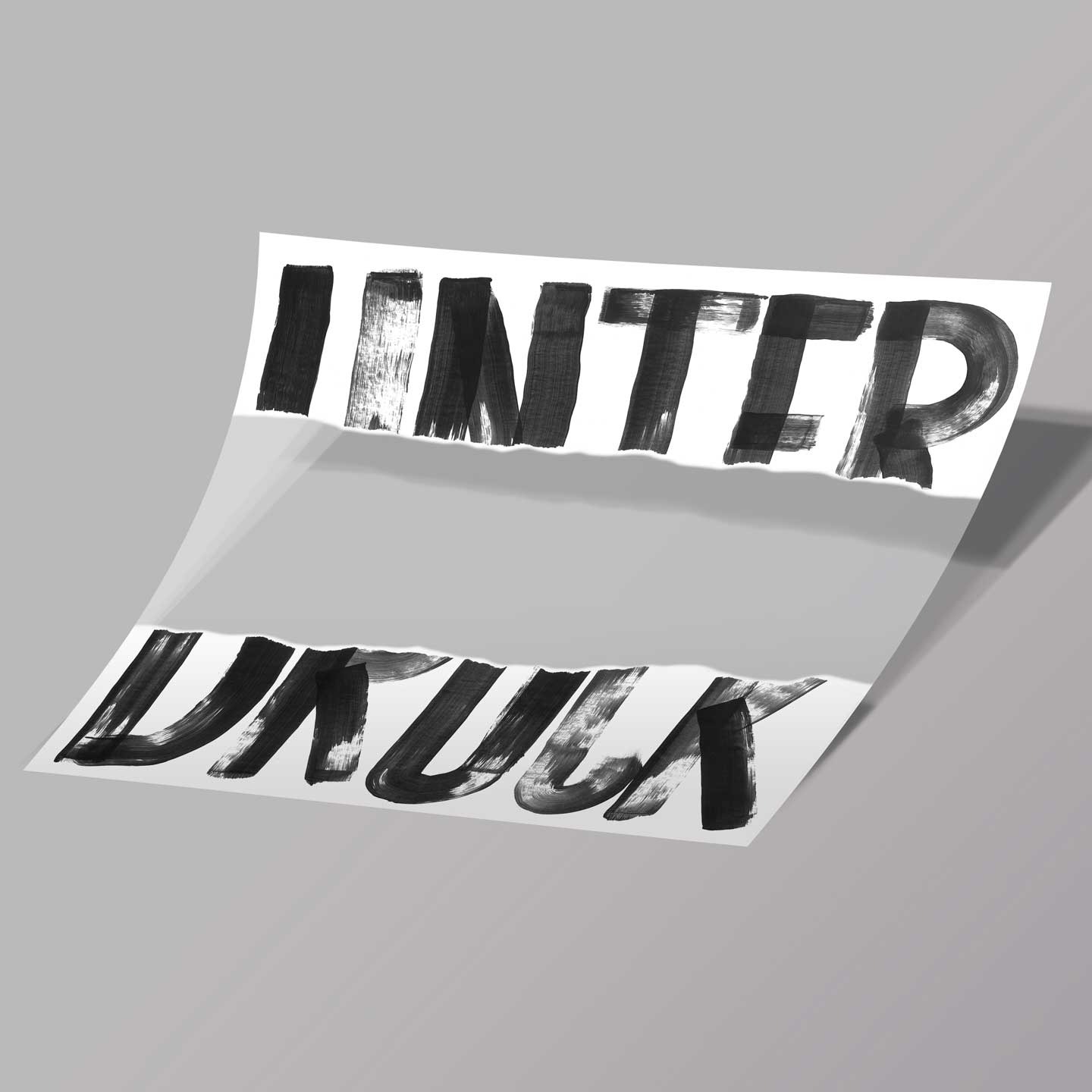 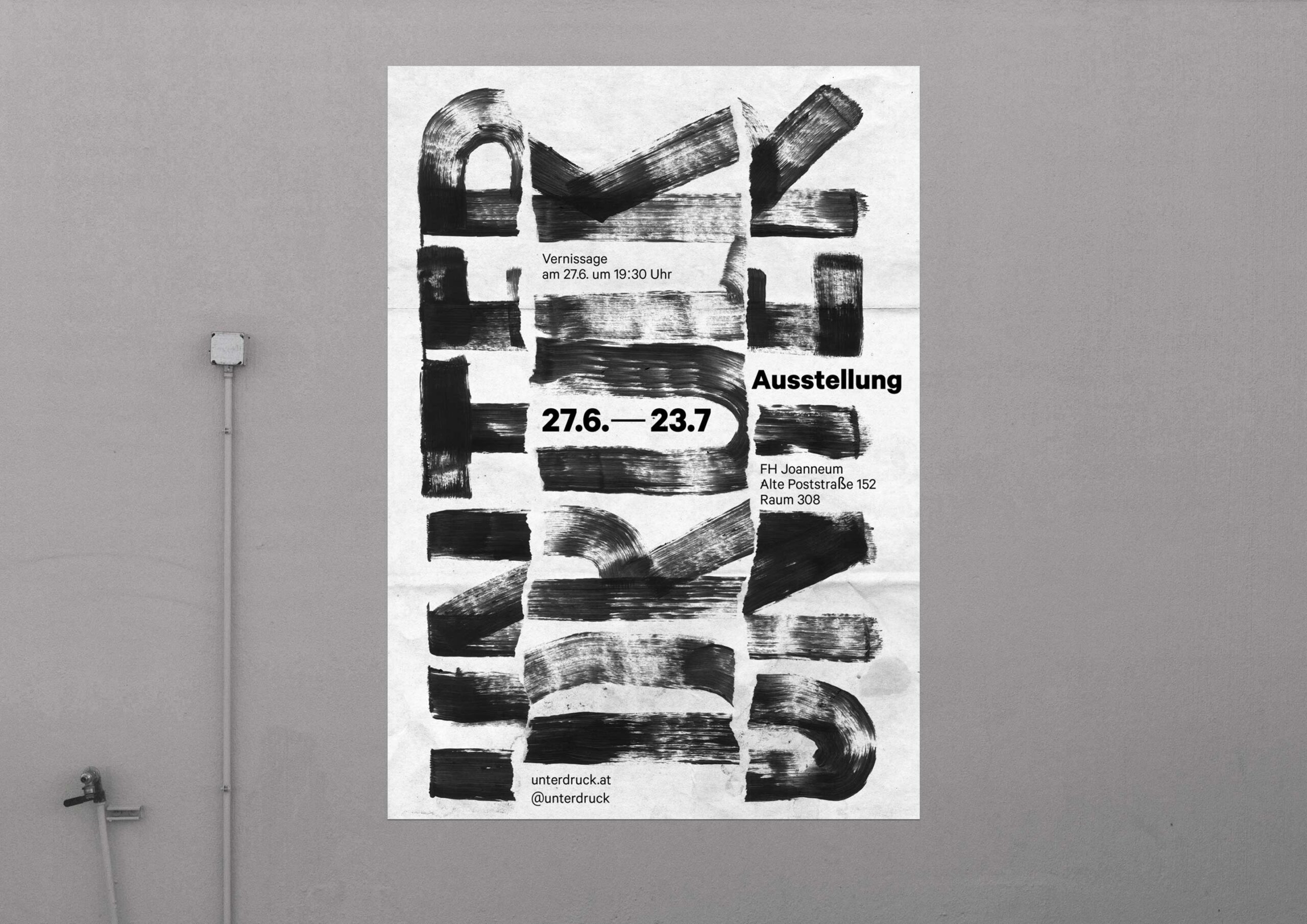 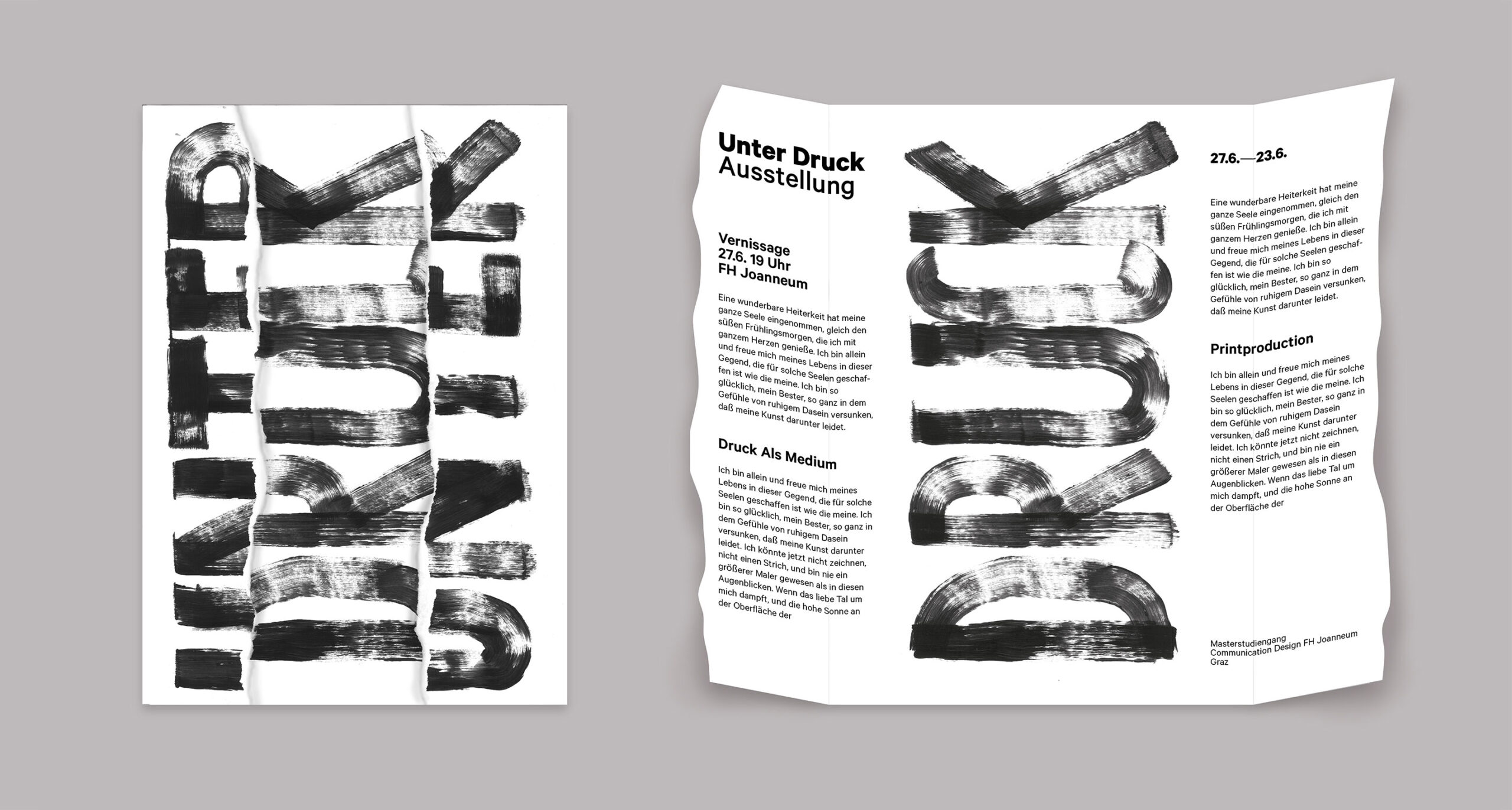 In a nutshell: I illustrate and design stuff.
I don’t have that „one look“, I just like to experiment and constantly try new drawing styles and methods. So therefore I’m pretty versatile and flexible.
If you want to work with me, contact me or buy me some coffee.